When it comes to fuel filtration and recycling, there are many ways to go about conducting this task. Commonly done when fuel is within a storage tank, fuel filtration can be achieved with the help of a professional company with right resources and proven processes. Experienced fuel cleaning companies are aware of the most effective and safe techniques to properly purify fuel and thus minimize the risk or hazardous materials and wastes entering into the environment.

One of the best ways to conduct fuel filtration would be the Filter Flush method. In case of this method, you need to have a professional insert a suction host into your fuel tank. This semi-flexible hose is capable of filtering the fuel by sucking up the contaminants that are located at the bottom of the tank. The hose does not stir up the contaminants and cause it to be swirled around the fuel tank, but rather it sucks it straight out in an efficient manner.

In order to filter the fuel in a more effective way, the fuel cleaning expert has to take the help of a filtration unit which is made up of a water separator and filters. The end result would be fuel which seems as though it has been pumped straight out from the oil refinery and cleaned down to just about 25-35 microns!

It is a well-known fact that all fuel storage tanks have vents. While vents may be necessary but what it does is that it sucks in outside air into the fuel tank, this air would contain microscopic bacteria spores, humidity, airborne particles and so on. These would contaminate the fuel tank, thereby increasing the need for fuel filtration. At times the fuel tank can also be contaminated by water. Since fuel is lighter than water, it will therefore underneath the fuel and create an interface.

The pickup pipe used for extracting fuel from the fuel tank does not touch the bottom of the fuel tank. When the fuel tank is full, gravity will cause the clean fuel to rise at the top of the tank and get sucked in by the pipe. However, as the fuel level reduces, the contaminants present in the fuel would become noticeable as they begin to enter the pickup pipe.

Just like water tanks, fuel tanks too need to be taken care of, filtered and recycled from time to time in order to ensure that you have a supply of clean fuel always. Two of the don’ts when it comes to fuel tank cleaning and filtration are using a biocide alone, or using dispersing additives in the fuel tank. These two methods are just not effective and they do more harm than good.

Fuel based companies in oil-rich areas like New Orleans find great value in these services. Taking care of fuel tanks with fuel filtration and cleaning is definitely something that would benefit you because anaerobic bacteria spores would live in the fuel/water interface. Since these do not require oxygen therefore they can thrive and multiply in the interface.

Aerobic bacteria, on the other hand, are bacteria which require air. For instance: bacteria, fungi, etc. If the fuel tank is ignored for a long time then it runs the risk of developing corrosion and having accelerated pitting. Hence, it is essential to engage in fuel filtration from time to time to keep the fuel safe and clean.
Posted by Unknown at 10:05 AM No comments:

Used in various farming, mining and resource extraction operations, rail scales are form of heavy-duty weighing technology that has revolutionized processes to optimal efficiency. Like most large-scale farm scales and mining scales that involve trucks and other forms heavy-duty equipment, rail scales are unique in that they involve trains and transport of the contents being weighed.

In short, rail scale technology offers an efficient way to determine the weight of payloads dumped onto trains. The most common applications are mining sites in which precious resources are extracted and dumped onto a rail car, or in farming and agricultural situations when grain and harvests are transported via train.

Most rail scale systems are directly integrated on railroad tracks; however, there are two primary types of rail scales: 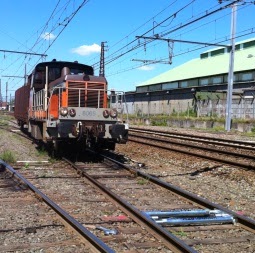 In-motion rail scale systems, such as those produced by Walz Scale, can be further classified into two primary categories based on the speed in which trains pass over them. Low speed rail scales measure the load weight of trains with speeds less than or equal to 15 km/hour. High speed rail scales calculate weight at speeds greater than 15 km/hour.

Static rail scales, such as those produce by TrackBlaze, use loadcell weighing technology and have been proven to be highly accurate and reliable in weighing loads. These forms of rail scales have also been around for more than 30 years.

Virtually all rail scales are equipped with a mass sensor which is the most important component. These sensors are integrated on or within the rail's structure. Based on their position on the railroad tracks, the mass sensors might be temporary, semi-permanent, or permanent.

For instance, mining specific rail scale systems are designed to improve overall safety and efficiency, as well as to lower the costs involved with alternative mining scale systems. Rail scales are also commonly used to replace most farm truck scale systems as harvests need not be weighed on grain dump trucks and other farming equipment, but rather on the train as they are being transported.

The Progression of Rail Scale Technology

The first rail scales were developed as far back as the 1950's. However during these initial stages, rail scale systems did not have sufficient data and storage units, as well as mass sensors and instrumentation. The decades to follow progressed rail scale technology to what it has become today.

A prime model of today's rail scale technology is the Walz Scale rail scales which feature both in-motion and static designs. These rail scale systems utilized the latter cutting-edge technologies and provide incredible value for mining and farming operations all over the U.S. and North America
Posted by Unknown at 11:26 AM 1 comment:

Welcome! This is the first of many blog posts here at Technology Revolution. 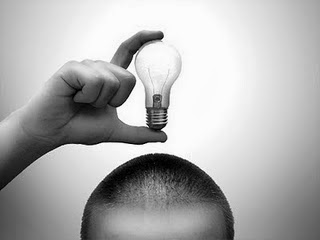 The purpose behind Tech Rev is share news, stories, innovations and insights about the most revolutionary advancements in technology. Spanning from the latest smartphones to the largest pieces of machinery, Tech Rev covers a wide spectrum of topics all about technology.

So strap on your thinking cap and get ready. We're going to share with you a wealth of information that's sure to raise your eyebrows.
Posted by Unknown at 2:04 PM No comments: