How Do On Board Truck Scales Work?

On board truck scales were introduced several years ago to help operators weigh and monitor the loads of heavy duty trucks and equipment. With the scale system tangibly equipped on the actual trucks and equipment themselves, on board scales have helped to enhance the efficiency of weighing payloads (such as mining resources, crop harvests, etc.) making any weighing operation more streamlined and profitable.

Features of On Board Truck Scales

Unlike platform-based truck scales, on board truck scales have load cells, which are designed to withstand vehicles that are filled to capacity. They have a digital indicator that displays the vehicle’s weight throughout. There are audible and visual set-point warnings that allow truckers to capitalize on payloads.

The main component of the weighing system has numerous load cell sensors that bolt a truck chassis and its body. The sensors are used to accommodate the entire weight of the truck body. They are very accurate and can be customized to make sure they can withstand additional weight when a vehicle is overloaded. The sensors come in a variety of sizes to suit the wide range of vehicle bodies.

Operation Behind On Board Truck Scales

On board truck scales operate in a simple way. The scale is wired through the truck's ignition switch to keep it active each time the vehicle is in use. Truckers do not have to press any buttons to operate the scale. The truck’s weight will simply appear on a screen inside the vehicle. 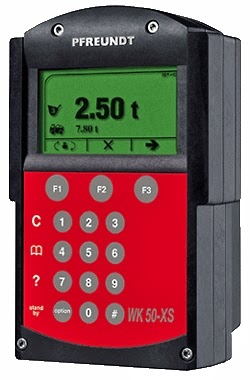 On board truck scales have easy to use digital displays on the indicator. The weight is displayed every time the truck engine is on. The scales have three set points that act as warnings to the truckers. A plug-in keypad is used to set the set points to make sure they are not interfered with when the truck is being operated. The keypad is unplugged once the points are set and the scale is ready for use. A red light appears on the display when two of the three set points are exceeded. When the third set point is surpassed, a buzzer sound is produced. Some of the weight on the truck has to be removed for the buzzer sound to go off. The combination of audio and visual warnings ensures the truck is within an acceptable weight.

On board scales can be used in other applications besides trucks. They are also applied in conveyer belt systems. The belt scales are used to measure the flow rate or weight of material that travels over a conveyer belt. These scales are integrated into the belts and use a microprocessor system to perform the calculations. Some of the conveyer belts are customized to stop the belt from moving when a specified mass if attained. They can also have alarms that indicate a problem with the conveyer system. These on board scales are widely used in mineral extraction, ship loading and port handling. 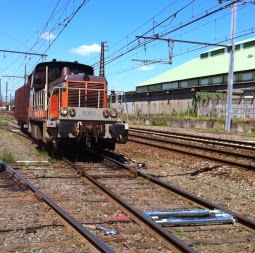 The rail industry relies on the on board scales to prevent overloading. Some of the loads transported by rail have to be weighed. Rail scales are essential to ensure that the trains are not overloaded. Overloading can compromise safety and this makes on board scales vital. The scaled are installed inside the train and if it is overloaded, it sends out a warning.