Security is the number one priority of any corporation, but it is even more important for the banking industry. In this digital-age more and more sensitive data is being processed on internet connected networks which are increasingly vulnerable to hackers. 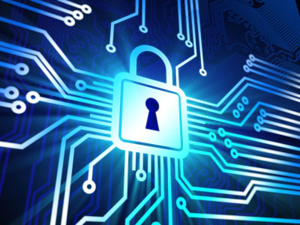 In order to keep that data protected network security system focus on three things: a good firewall, intrusion prevention, and intrusion detection. These bank security systems focus on the digital aspects of banking, which have revolutionized how financial institutions operate.

The firewall is the first line of defense in protecting any networks security even if that network isn’t connected to the global network. The firewall is a simple gatekeeper which selectively blocks or allows traffic through the network.

This selection is based upon rules that are decided by the Network Administrator and relies on the person doing that job to be up to date on the latest news and tricks that hackers are using to sneak past firewalls. Companies that specialize in bank security systems, like Seico Security, are starting to adopt such security technologies into their suite of solutions.

Normally this would mean that any good banking system is dependent on well-educated and proactive Network Administrators but thanks to development in detection and prevention programs they are not the only line of defense.

Intrusion Detection and Intrusion Prevention Systems (IDS/IPS) have become much more sophisticated. These actively monitor the traffic on the network 24/7 whether or not someone is there. The first thing these systems do in their monitoring is look for strange or unusual activity on the network.

If most of the network activity takes place between 9am and 6pm, the detection systems record this normal activity and watch for activity that shouldn’t take place outside of those time frames. The second part of the detection system is just how much data is moving on the network; when there are sudden increases data moving through at a time where it shouldn’t the system flags that activity and block it from taking place.

IDS/IPS is fully customizable and available from many providers. Cisco is one of the highest ranked and most well-supported supplier of IDS/IPS systems and frequently stays ahead of the game with the Cisco Self-Defending Network IPS 4200 Series Sensor by monitoring the known hacker networks for the latest exploits and tools being used.

This allows them to “pre-patch” vulnerabilities in their systems removing some of the human error out of the equation. However, most providers do this same thing and has become nearly industry standard by this point.

This is a very simple but effective method in preventing nefarious entities from entering the network through known vulnerabilities until it is repaired. On the back of this is IBM’s Protocol Analysis Module (PAM), this system from looks at the network data on a deeper level than an IPS can. Learn more about this system by visiting IBM.

One of the popular ways for hackers to get into a network is to hide their activity deep within normal data transfers on the network. PAM allows us to look deeper at normal activity in order to find strange behaviors that may be hidden from the IDS and IPS system.

For example, hackers will try to hide their activities behind the IP’s of normal customers accessing their accounts. This can sometimes slip through the Firewall, the IDS, and the IPS security since it seems to be normal activity but PAM takes a deep look at the data and makes sure that what the IP sends is what is normal for that IP to send.

If the hacker is trying to download a virus to the system through a client's IP’s this will show up as excess data in the connection and PAM can shut it down. Since PAM is as customizable as the other security systems, this means that there can be a strict restriction on what outside data and connections are allowed or those restrictions can be loosened for a specific client, IP’s, or outside networks.

Network security is a critical infrastructure of the banking industry which is in continuous motion and development. Providers for IDS and IPS are constantly updating and monitoring the effectiveness of their systems to help support the banking industries data and networks.